On July 14, 2003, a newspaper article by Nico F. from the Eilenburg-Delitzscher Zeitung went off, who went through all Saxony. He was visiting the outdoor pool game für to ​​write an article for the Eilenburg Delitzscher Zeitung. Mrs Lemke, the then owner of the natural bath Wildschütz also taught him that often a umbilical photographer operates here. This was very interested in the young man, called me and made an appointment in the outdoor pool with me. I took up babett as we had to make a poses for the newspaper. I told him everything and he wrote the article. But this was then not only printed in the Eilenburg Delitzscher Zeitung, but also succeeded in the Leipziger People’s newspaper, where there was also the same article there. Also in Torgau, Dresden, quasi everywhere in Saxony, newspapers got the article by the LVZ. On the same day, the Lord island of MDR television called on and the following day from Dresden the Sat.1 Team „17:30“ Who would like to present my website on television. Said and followed a lot of TV reports. Overall, it was 4. 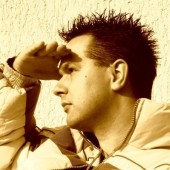 Was ist in unserem Bauchnabel?